Vice President of Equity and Inclusion 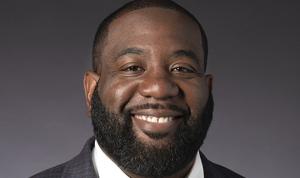 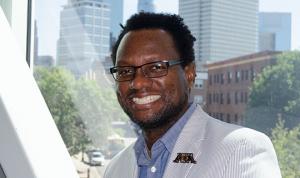 Dr. Charles H. Watson grew up straddling two worlds: the scholarship boy from the inner-city, learning in one world while living in another. A native of Baltimore, Maryland, a town of stark contradictions, his mother made one fact plain—few forces on earth exceed the transformative power of education. With such belief instilled to his core, Charles went on to graduate from Columbia University. Trained in classics of the western intellectual tradition, he then pursued doctoral studies in philosophy at Stanford University and later worked there as a post-doctoral teaching fellow in the humanities.

For 7 years, he held an interdisciplinary chair in the humanities, as a member of the teaching faculty at Earlham College in Richmond, Indiana. Since the fall of 2012, Dr. Watson has been an adjunct instructor at Minneapolis College in the Department of Philosophy.

Author of The Existential Imperative: On the Material Production of Authenticity, Charles seeks to encourage students of color in locating their narrative voices in a broader conversation about the examined life and the conditions for flourishing. Charles is interested in the service that can be paid to the civic good through the building up of intellectual and moral character. He believes the black intellectual tradition exemplifies learning as an act of self-emancipation and illustrates a biography in triumph of the human spirit under adverse circumstances.

Executive Assistant to the Vice President of Equity & Inclusion 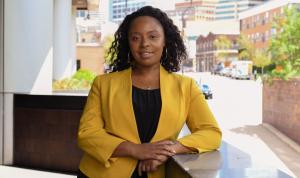 Sharieka is a motivated leader with a passion for community connections and academic excellence. She believes that collective voices make a difference to create generational change. She brings education, confidence, and advocacy to historically silenced spaces. She exudes grace and a passion for teaching others to be intentional and culturally competent.

When she is not learning, she enjoys spending time with her family, reading, and traveling. She obtained her associate degree in business management at North Hennepin Community College in Brooklyn Park and her bachelor's degree in Ethnic Studies at Metro State University in St. Paul.