Face coverings are required indoors on campus regardless of vaccination status. Learn more » 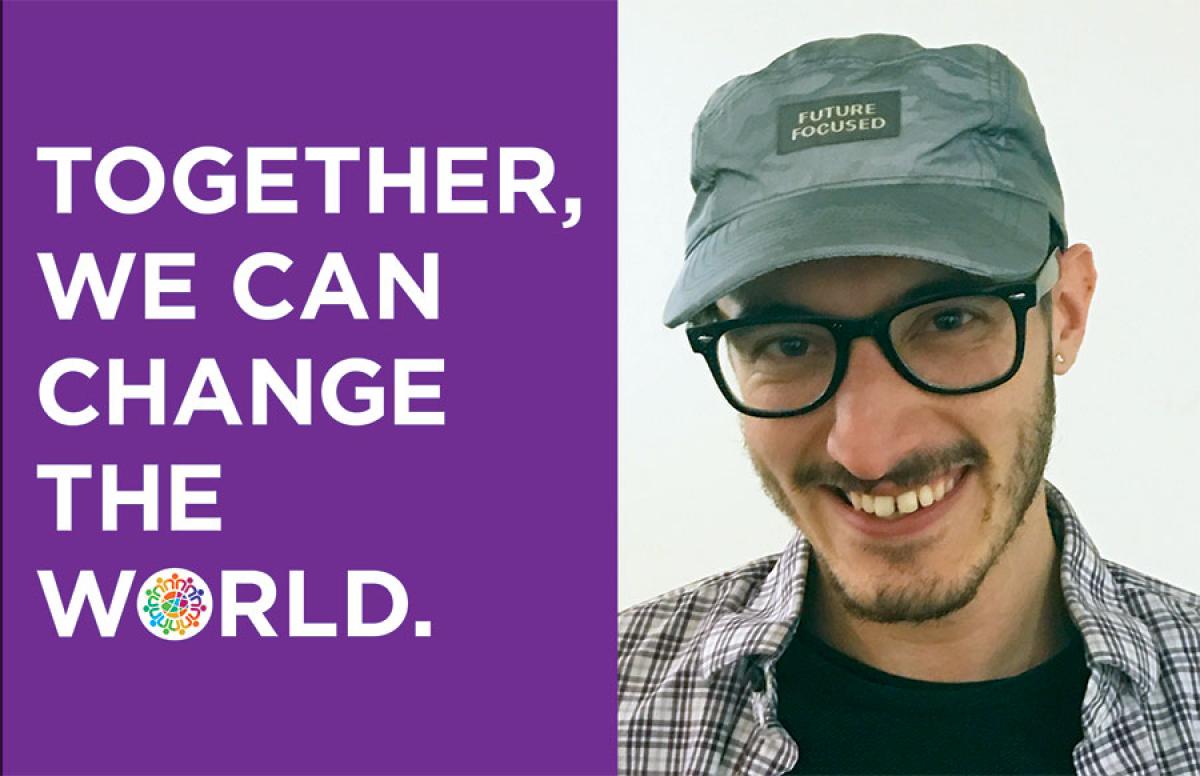 Christian made it through high school but never thought of himself as a scholar. College wasn’t even on his radar. A natural performer, Christian joined a group that travels to renaissance festivals throughout the U.S. He found himself in Minnesota on his tour. He quickly fell in love with the Twin Cities, describing it as a big city, but still with the comfort of a small town.

After living out of a suitcase for 3 years, Christian decided to settle in his new favorite city, Minneapolis. He began working odd jobs just to stay afloat, but ultimately felt unfulfilled. His itch to learn and to be a part of a community led him to Minneapolis College.

After just one semester, Christian earned a 4.0 GPA, landed a work-study position in the President’s office, an interim leadership role on student senate, and a part-time project management position with a local nonprofit.

“Minneapolis College has changed my life for the better. This nurturing community not only helped me find my voice, but also made me feel truly heard for the first time in my life. I’m no longer afraid of the future, I’m excited for it!”

After just one month on campus, Christian decided to give back to the community he felt gave him so much. He posted a Facebook birthday fundraiser on behalf of the Minneapolis College Foundation; he expected a modest response. To his surprise, his heartfelt fundraising post raised $800.

Christian is a perfect example of the endless circle of help and hope that people like YOU are responsible for. Your support offers them a pathway to a college credential and to a middle class lifestyle to support themselves and their families. When one community member is given resources and opportunity, they often give back even more generously to the communities that got them on their feet. We invite you to join this endless circle by donating. Together, we can change the world.