Take the health assessment and check reported cases before going to campus. See what’s being done to minimize virus transmission.

Singing in a virtual space 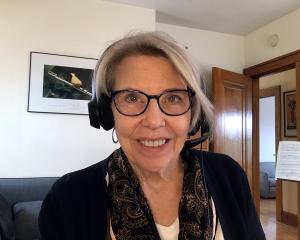 “COVID hit the music community especially hard. All the performing venues shut down. What few performance opportunities there were limited to small groups, and of course, masked. Performers had to make a quick transition from the traditional live performance to pre-recorded and live-streamed events,” Pauly said.

The work paid off in two innovative collaborations: 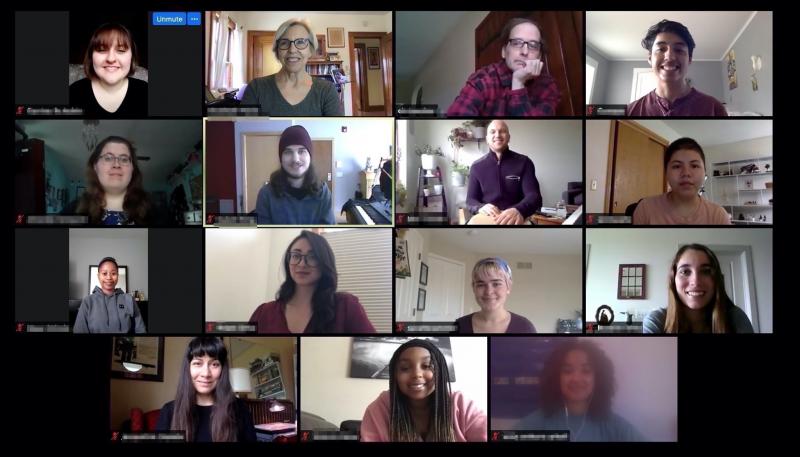 Shaniece Pink and Molly Sullivan are second-semester music students taking on the challenge of choral singing in a virtual space.

“Regardless of what is going on in the world, I want to be involved in music,” said Pink, who has been performing since she was 10 in gospel choirs. “I went to develop studying music therapy and medical ethno-musicology … to create music that will be a part of healing my people, my community, especially as a black woman.”

Pink and Sullivan want to transfer to four-year colleges after completing their Minneapolis College music education.

“My background in the performing arts started when I was four,” said Sullivan. “I was in dance 10 years, ballet, tap and Irish that led me into musical theater. I went to the St. Paul Conservatory for Performing Artists for high school, took voice lessons and sang in a band outside school. I want a degree in music and Minneapolis College offered me a way to start on this path.”

“We learn a song and edit it together, virtually,” Sullivan said. “Most of us have never really done choir that way before. We’re not only performing with the Minneapolis College choir, but the other community college choirs are coming together to form a super choir.”

“We’re experiencing music in an entirely different way,” said Pink. “We’re like low key producers now. I am using technology I never used before, like Soundtrap and Songalong. At first, it’s overwhelming. But, you know what — this is a skill I am going to need to use anyway. I always said I would love to produce my own music.”

“Fast forward — here we are,” Pink said. “Now, I am splicing my voice on different tracks and adding it with others. I can’t imagine what’s involved on the other end with Liz and Minnesota Chorale and all the other voices. It’s not something we planned, but I know how to use Soundtrap now and I’m looking at other programs to put my own songs together.”

The virtual aspect resulted in unexpected benefits, such as accepting new challenges and gaining confidence. “It forced me to step to the plate,” Pink said. “I started taking piano lessons and I feel comfortable in my own environment.”

Sullivan adds, “The pandemic forced me to evaluate my needs. I really see what I want to do, whether I am producing music or performing.”

Pauly, a member of the Minneapolis College music faculty since 1997, finds her students a constant source of inspiration. “They just want to sing — they’re dying for an artistic outlet. And they want to connect with people.”

The choirs from Minneapolis College, North Hennepin, Anoka-Ramsey, Fergus Falls, Normandale and Riverland will host a viewing party March 24 celebrating the release of their virtual choir featuring the song “Love Is Love Is Love,” by Minnesota composer Abbie Betinis. The song was composed for The Justice Choir Songbook, a collection of songs, some old and some new, that deal with social and environmental justice issues. This event is free and open to the public.

Join the Minnesota Chorale as it comes together with singers from Minneapolis College, Roosevelt and Minneapolis South High Schools to present a virtual culminating concert of our Spring 2021 Bridges program.

For the past seven months, we have been engaging with one another in online activity around themes of connection, community and singing. Our program reflects the contributions of over 100 high school, college and civic singers, who have continued to make music despite the pandemic.

Join us for this special evening of reflection and song as we explore how singing continues to renew us in this time of isolation. This event is free and open to the public, pre-registration at the link above is required.