Running for Change, a student-led group started at the Lino Lakes Correctional Facility, is having a book drive for new and gently used textbooks until April 1. The goal is 1,000 textbooks, and for every book raised a club member will run one mile.

“Running was something everybody in prison could do and it brought people together,” said Program Coordinator and Minneapolis College Philosophy Instructor Matthew Palombo. The students host a 5k run every Saturday and everyone at the facility is welcome to join. “It is an opportunity to get folks together to run for a purpose, health and fitness being one but social justice is another.”

Running for Change’s mission is to use “running as a catalyst for change in our community.” The students seek to raise awareness around certain social issues during Black History Month, Hispanic Heritage Month, and Native American Heritage Month and hosting events such as a sock drive for the homeless and packing meals for Feed My Starving Children. 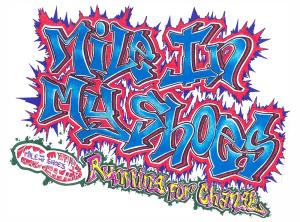 Later this summer, the students are partnering with Mile in My Shoes, a Twin Cities non-profit organization that encourages community-building through running, for a 5k run on June 4th. Palombo said the students founded Running for Change because they were inspired by the local non-profit and this collaboration will expand the group’s initiatives.

The group’s recent initiative, building a library in the living spaces, was inspired by the need for more higher education textbooks at the facility. Since the library at the facility doesn’t have many higher education textbooks and is at capacity, the students decided to propose having a library in their living spaces. Each living unit can hold about 500 books.

Last fall, Minneapolis College and Lino Lakes Correctional Facility began a partnership providing all eligible incarcerated students the opportunity to earn a two-year Associate of Arts Degree. Beginning with a group of 30 students, the program has now gained up to 90 students in the spring semester and expanded the course offerings including an Associate of Science Degree. Palombo said the College and facility are working to “create an educational environment inside the prison.”

Travis Hansen, a Minneapolis College student studying Architectural Technology, became a student at Lino Lakes Facility through this partnership. “Doing this program has let me build up the things I need to be successful,” said Hansen. “It has given me the opportunity to get my life back on track instead of just getting released and having to survive on my own.”

Most times when someone is released from prison, they may find it hard to find the support and assistance they need. “When [the students] are released they are hit with a lot of bills,” said Palombo. “When you are in college and you are immediately hit with financial obligations, it is the most vulnerable time for people in those positions.”

The Minneapolis College Foundation has been raising funds for scholarships to support students who are incarcerated so they are able to continue their education at the College. Students also have the opportunity to earn a Bachelor’s Degree through a partnership with Metropolitan State University and the University of Minnesota.

Along with Running for Change, the students also participate in the College’s Student Senate meetings. “The prison has been very supportive of the club, allowing the use of Zoom to join Students Senate meetings,” said Palombo. [They] have the same responsibilities and opportunities as any other students.”

There are two drop off locations on campus: the large box across from the Student Life Information Desk (H2911) and on the bookshelves next to H 1421.  Monetary donations to purchase books are accepted as well.  Cashapp: $prisonfund or write a check to the Minneapolis College Foundation.