Face coverings are required indoors on campus regardless of vaccination status. Learn more »

We Stand Together We Build Together

When Minneapolis College students Essence Enwere and Avahnii Lewis were provided an opportunity through their work at Juxtaposition Arts (JXTA) to help create a mural alongside other local artists for the Target store on Lake Street in Minneapolis, they were honored.

The store, which was in the heart of the area where demonstrations took place following the death of George Floyd last summer, had been looted and burned. The mural created an opportunity for the store to reconnect to the community in a meaningful and thought-provoking way after its rebuild.

Essence Enwere is a visual artist based in the Twin Cities with a focus in illustration, lettering and graphic design. Her goal is to create work that prompts social impact and sparks conversations around the messaging in her art. Enwere has been a textile lead apprentice at JXTA for 5 years and is currently pursuing a degree in graphic design at Minneapolis College. Subsequently, she plans to pursue a 4-year degree.

The triad phoenixes that appear in Enwere’s panel “Build,” depict a Black woman and dual phoenixes.

“The phoenixes represents the rebirth and change mirrored between Minneapolis and our nation,” said Essence, who appreciated the artistic freedom within this project. “The world is changing, rising and breathing with a new fiery conviction. Black women have been the heart and soul of this change, deftly embodying the spirit of the phoenix. Black women have led protest organizations, food drives and community-based planning on local and national levels during this movement. They are an integral part of the change and this piece is dedicated to them.”

Avahnii Lewis is an illustrator and graphic designer based in Minneapolis. As an artist, her main focus is telling meaningful stories. She has studied graphic design and illustration for 5 years and is currently the junior art director in the graphic design lab at JXTA where she has worked with a wide array of clients to produce branding decks, illustrations, murals and more. She is pursuing an Associate Degree in Liberal Arts from Minneapolis College before moving on to a 4-year art school.

Lewis created the 2 panels of the mural that say, “We.” “The first exemplifies a journey, representing passing from one place to another,” said Avahnii, who wanted to highlight the people working toward racial equity and the forces that are with us on this journey. “The figures in the piece symbolize protesters, who could be any of us. Growing from the tops of their heads are the faces of our ancestors and those we have lost in the battle to end systemic racism.”  Messages of the movement are also intertwined within these flowing outpours, embodying the unified journey of Black people in America.

“My second panel means envision change,” said Avahnii, who notes that it represents the many people involved in this movement. “The disparate pieces — the faces, newsprint and textured illustrations — collaged together to form a whole, represent individual stories within a larger central story. Behind the faces are illustrated flowers and plants symbolizing growth, beauty and the memorialization of Black people who were taken to soon.” If you look closely at both of her designs, the textured text pieces, written by the artist, simulate recent news headlines. Lewis notes her envision change panel inspired a series in the Star Tribune which holds a special meaning to her as her grandfather delivered the paper for many years.

The Epicenter for Change

Enwere and Lewis are passionate about telling a story with their art, and focusing on Black narratives is paramount to each of them. “It’s our story, our space and our narrative,” said Lewis, who notes it is extremely powerful to have her voice heard in the movement. “We are at the epicenter for change, working toward unity within our community and world.”

Enwere and Lewis have grown up at JXTA, which was founded in 1995 as a youth employment center and community development social enterprise rooted in North Minneapolis. JXTA programs offer college-level training to teens through a core program known as JXTALabs. JXTALabs offers a wide array of high-quality art and design services to local and regional clients including logo designs, screen printed textiles and merchandise, large-scale public installations and murals. 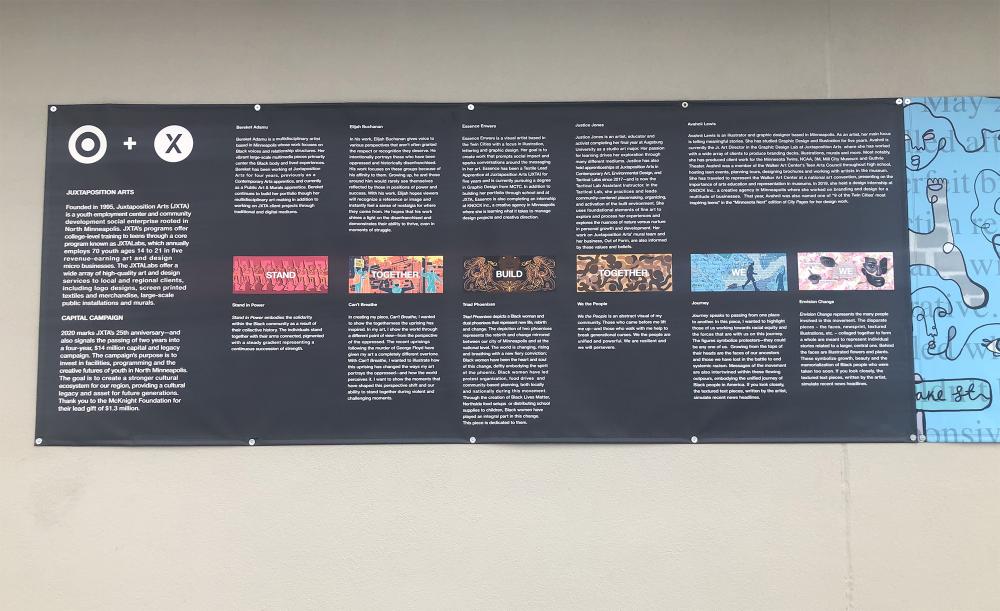 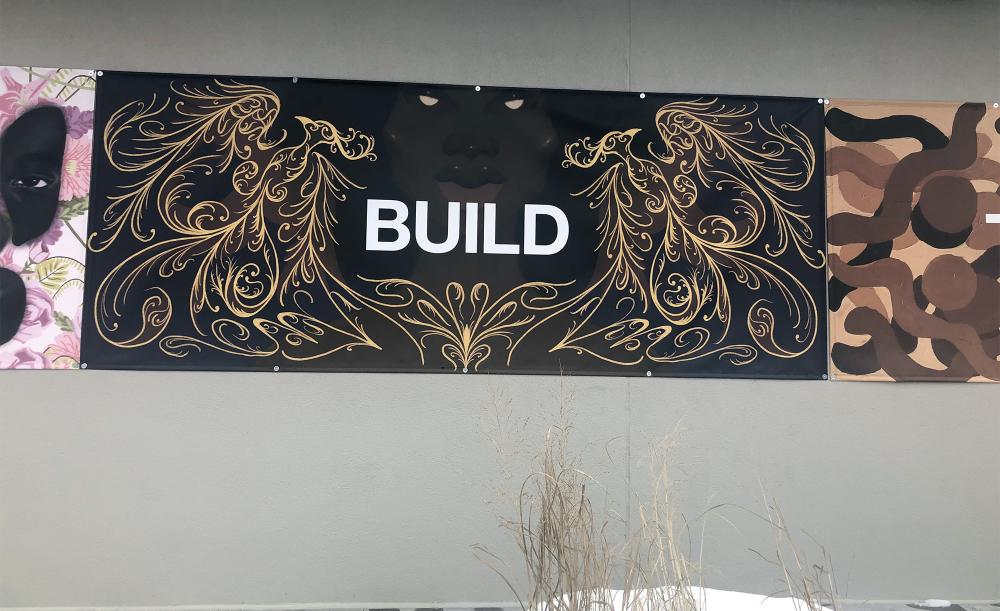 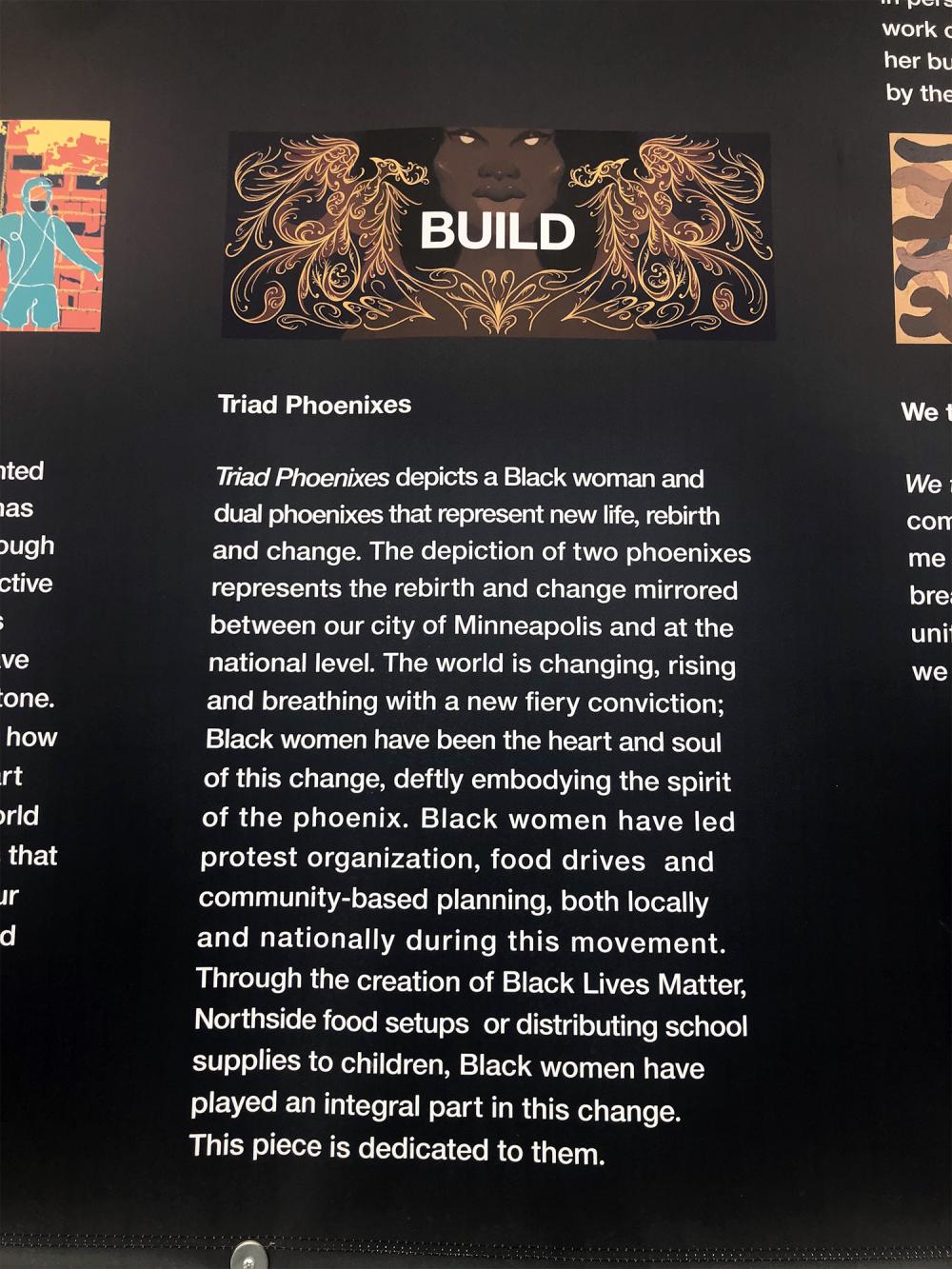 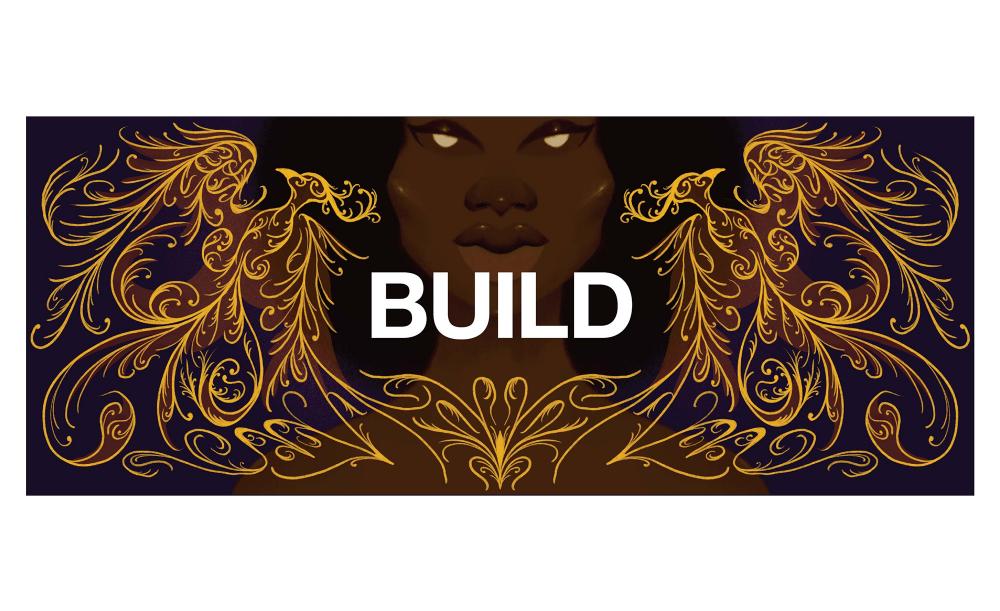